The quick technological development of racing drones is allowing these unmanned aerial vehicles to have an increasing presence and relevance in sectors such as audiovisuals.

They are small, resistant, agile and high-speed machines with FPV cameras that maneuver in all kinds of locations with highly technical movements.

Racing drones and their specs not only allow you to capture action images from the air, but also allow you to take complicated shots with the camera approaching structures or narrow spaces, very fast vehicles or dizzying landscapes. FPV drones have been equipped with state-of-the-art cameras which allows them to record high quality images despite their small size.

Its development has been spectacular in the motor racing sector. The agility of the racing drones helps them capture incredible images of the races with the FPV perspective that makes you feel like you are flying alongside the vehicles as they speed by. It’s amazing to shoot commercial ads for car brands. The images you capture with these small drones are stunning and so first person that you can easily imagen yourself driving the vehicle. Stay with us and discover how  cinematic  fpv drone spain can launch your shooting. 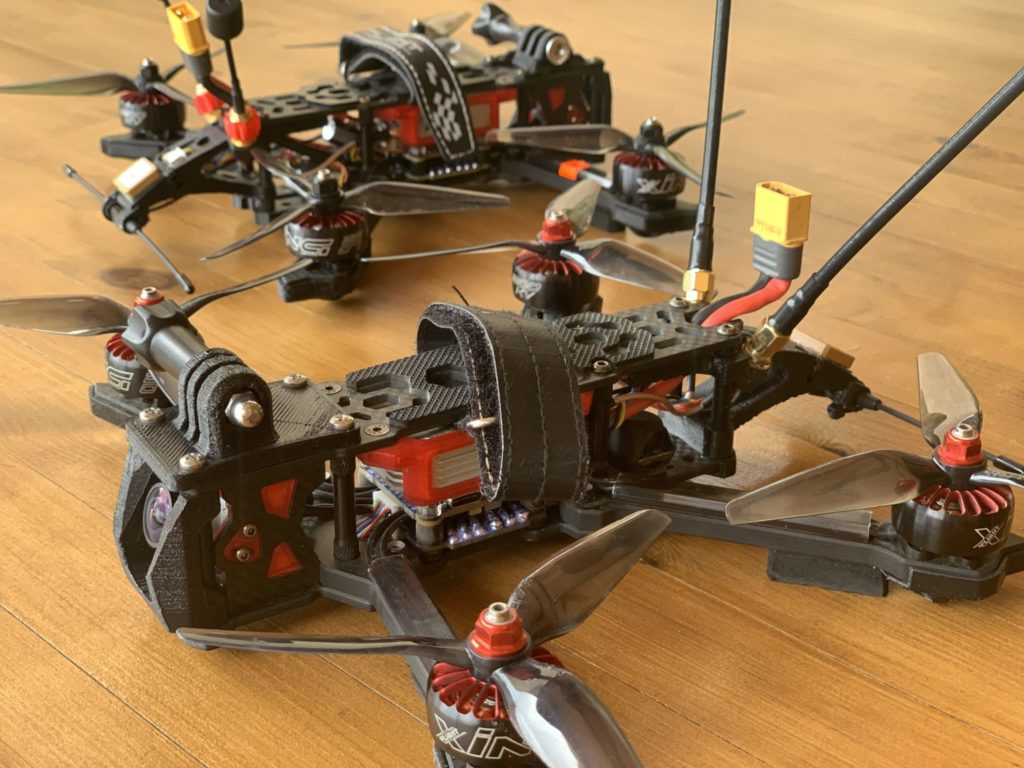 Racing drones are one of the most widespread types of FPV. After all, the term “racing drone” is more common than the term quadcopter. Especially when someone outside the industry tries to describe 5-inch FPV quads. But these types of drones are not exclusive to the normal five inches, but come in all shapes and sizes. From tiny 3” indoor micro drones to 18-inch X-class quadcopters.

These FPV drones are a discipline with many sub-disciplines and therefore we want to summarize some types of racing drones for you.

The most important difference of this type of drone is the size. They are the smallest drones and also the safest. They are the kings of interior spaces. Being so small, they don’t need a lot of space to capture stunning images. Doesn’t matter if it’s a large house, an office, a warehouse, an abandoned building or even a business, all you need is a space clear of obstacles and a good pilot with expertise to get lost in the corners capturing the essence of the location as you go.

We can include in this group all quads with brushless motors of 3″ and less inches (From 2S whoops and toothpicks, to a TinyTrainer). Three inches is no joke and some industry professionals confirm that it flies better than a 5 ”FPV.

The most common FPV drone is the 5 ”. They are built with 2 purposes: speed and agility. The smoothness is not something that you should worry about since at those speeds and with the turns you will surely have some vibration. Nothing to worry about. In this case the focus is on the handling and excellence of the FPV Pilot. These quads have come to capture images as quickly as possible.

They are the beasts of the air!!

What’s more awesome than an FPV drone? An FPV drone with a cinematic camera for sure!

It seems impossible, but it is not. Today we are already shooting with FPV drones that allow you to obtain those epic aerial shots with cinematographic cameras. It is the revolution of the audiovisual sector. 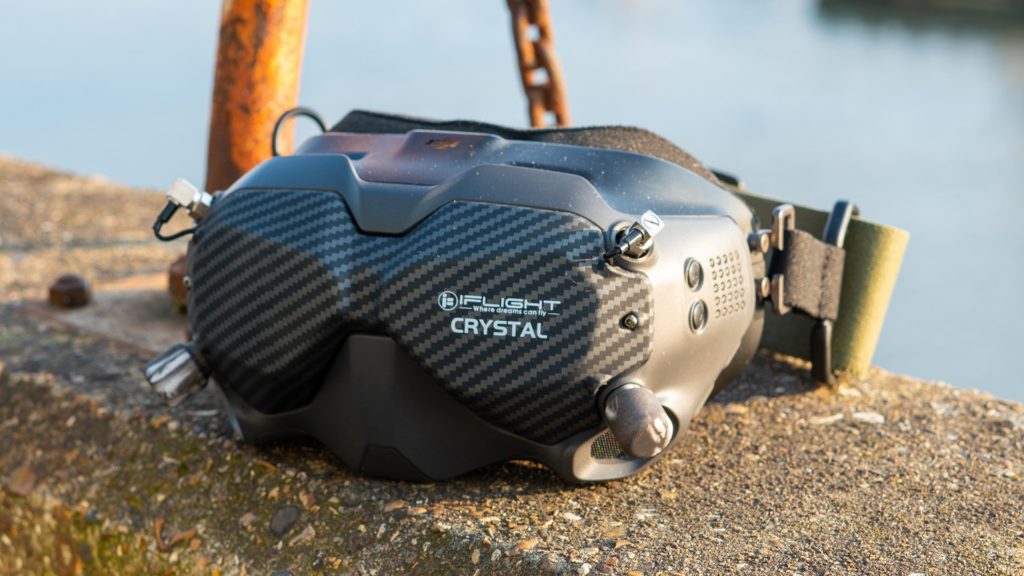 As we have already discussed, in the beginning, FPV drones were designed for racing sports equipped with a camera while the pilot weared goggles on the head that showed the live feed of the camera from the drone. The goal was to complete the established circuit as quickly as possible. They were very compact and light drones to be able to carry a small camera and nothing else. But things have changed. These drones are ready to fly with big heavy cameras for cinema shootings and other high tec and light cameras for commercial ads, documentaries, or any professional audiovisual piece.

The main advantages of racing drones are their speed and maneuverability. Much superior compared to “conventional” drones.

Therefore, audiovisual enthusiasts instantly recognized the potential of the capabilities of these micro-drones. The concept led to the development of more powerful racing drones specified for audiovisual applications. It has been quite a significant challenge, as the cameras these professionals need are much heavier and more expensive than an FPV camera, which means a totally different engineering approach is needed.

Advantages and disadvantages of Racing Drones

The advantages of FPV drones over conventional drones are obvious:

– They have a much greater maneuverability

– They are piloted by a single operator in first person

– They have a smaller form factor

– They have better control through FPV goggles

However, for the audiovisual sector, two disadvantages should be highlighted:

– A smaller capacity to carry heavier cameras and cinema lenses.

– Not being able to control the camera as it is locked in a constant and fixed position without the privilege of tilting. 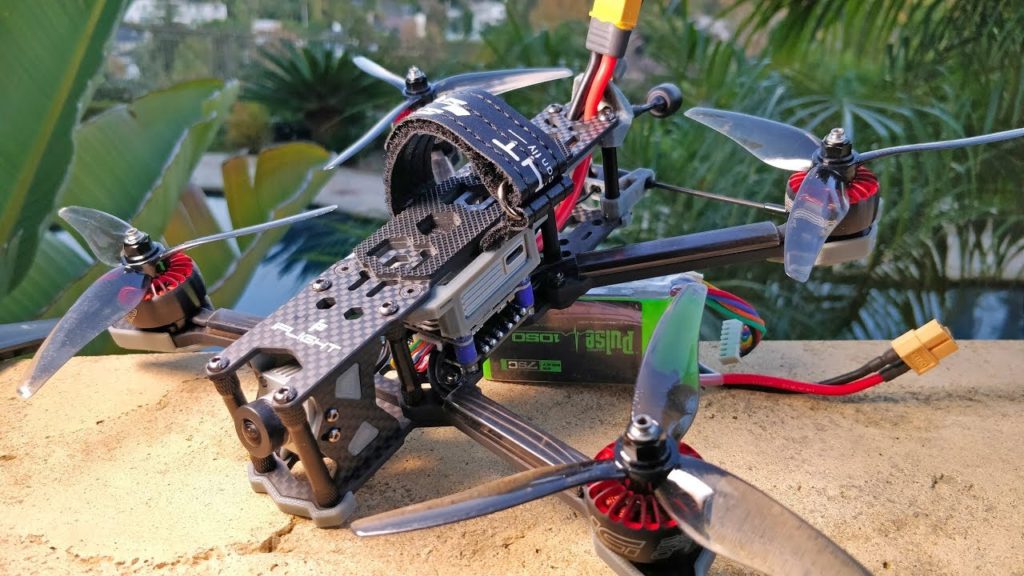 Still, you always must bare in mind that before working with racing drones, or before hiring a professional pilot FPV team, these pilots must have a vast knowledge and experience on how to fly and operate these drones. They are high-speed flying machines that carry expensive equipment and in many cases there is only one flight to capture the best image. That’s why we want to make sure we are working with high quality drones and pilots.

Racing Drones are the big trend, even for big movie productions because of their ability to get shots that were previously impossible.